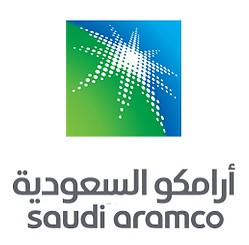 Position Description:
We are seeking a Structural Geologist to join our Northern Area Reservoir Characterization Department.

Your primary role will see you actively involved in exploration for reserve replacement missions by targeting upside potential within the field development plans with no additional cost.

Minimum Requirements:
As the successful candidate, you will hold a bachelor’s degree in geoscience. A master’s or Ph.D. degree with a structural geology major is preferred.
You will have a minimum of 10 years of work experience with a major international oil company. Work experience in Middle Eastern basins is preferred.
You will be proficient in seismic interpretation (3D and 2D data), interpretation data QCing, and structural model building.
Understanding of the tectono-sedimentation process and petroleum systems is essential.
You will have a good understanding of regional structural/tectonic framework analysis; structural restorations/validation; trap and seal analysis; fault and fracture characterization (core, image log, outcrop, satellite imagery, seismic data); stress analysis; wellbore stability; geomechanics; and gravity, and magnetic data handling and interpretation.
You will also have a good understanding of seismic sequence stratigraphy interpretation.

Duties & Responsibilities:
You will be required to perform the following:

Perform structural characterization of petroleum traps through regional and detailed mapping of key horizons that span from economic basement to the surface, faults, fractures, and stratigraphic features. This is in support of discovering, appraising, and developing oil and gas fields. This will form an input for the 3D geological static model building.
Generate and utilize seismic attributes for better characterizing fractures, faults, and other structural and stratigraphic features.
Analyze kinematics and structural evolution of trap formation, interaction between faulting, folding, fracturing, fluid pressure, hydrocarbon generation, expulsion, migration, trapping, and alteration.
Analyze paleo stress during structural evolution history and present-day stress.
Understanding of tectonic evolution of basins in regional and global scale and their relations to petroleum system for hydrocarbon trapping
Participate in reservoir-modeling projects to contribute structure-related aspects.
Support and supervise asset team geologists and geophysicists to resolve structure related development issues.
Mentor and train young professionals.

About us:
Saudi Aramco’s Exploration & Producing (E&P) business line oversees the world’s largest reserves of conventional crude oil, and the fourth-largest reserves of natural gas. The Company’s reserves portfolio include Ghawar, the world’s largest onshore oil field, and Safaniya, the largest offshore field. Company geologists are actively seeking additional reserves in many areas of the Kingdom, offshore in the Gulf and the Red Sea and onshore in the deserts and mountains. Petroleum engineers and earth scientists in E&P work with cutting-edge technology to manage and produce these reserves, including 3D visualization, reservoir simulation and remote geosteering of multilateral wells. The Company’s Exploration and Petroleum Engineering Center, or EXPEC, is home to one of the industry’s most powerful computer centers. Research and development into subsurface upstream technology is conducted at the EXPEC Advanced Research Center. For more than two decades in a row, Saudi Aramco has been ranked the No. 1 oil company in the world by Petroleum Intelligence Weekly, a testament to the dedication and professionalism of the men and women of Exploration & Producing.

Saudi Aramco is the world’s largest integrated oil and gas company; its upstream operations are based in the Kingdom of Saudi Arabia and it also operates a global downstream business. Headquartered in the city of Dhahran, the company operates in eight locations within the Kingdom and 20 locations overseas, and employs around 76,000 people.